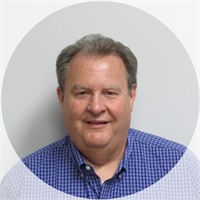 Terry Garner is a native of Lancaster, Ohio. He has been working actively in the insurance industry for 37 years and in December of 2010 made the decision to open an independent agency, Garner Insurance. Terry is licensed in Property, Casualty, Life, and Health insurance, with the major portion of his career focusing in life insurance and retirement planning. In his "spare time," Terry enjoys camping and fishing, has been a member of church financial committees and occasionally teaches a budgeting class. Terry and his wife Teresa live in the Baltimore/Pickerington area.

Throughout his career, Terry has received various awards with each company he has represented and has also been recognized with national awards. Although awards and recognition are great, Terry is passionate about helping his clients prepare for a sound financial future by planning and living on a budget. These achievements could not be made without a staff to assist in servicing our customers.